In the past week Modern Robotics has announced two new sensors to its lineup, a color sensor and an integrating gyro.

The color sensor claims to support a passive mode, which allows it to detect color from an external light source (such as the LEDs of the Res-Q game beacons).  It also supports an active mode, where the sensor has its own light emitter to detect the color of a reflected target (similar to how the LEGO Mindstorms and HiTechnic color sensors work).  The color sensor is available now, but as of Sep 21, 2015 the FTC Robot Controller App doesn’t have libraries to support the sensor.

The gyro sensor is a 3-axis gyro that does onboard integration of the z-axis, thus it can be used to calculate heading with greater accuracy than if the calculation is performed on an Android or PC host.  The gyro is slated to be available for sale by mid October 2015.

Overview of this document

This page attempts to document what is known (and not known) about League Play and Qualifying Tournaments in the North Texas FTC Region for the 2015-2016 season.  This page is not an official document; the statements below are simply opinions and citations from various sources, and they do not represent official rulings from the regional organizers.  Where possible, we will attempt to link to or cite official sources for each of the answers below.

Patrick Michaud (Pm) is the primary maintainer for this page.  If you have further questions, suggestions, additions, corrections, or alterations for this page, please send them to pmichaud@pobox.com or post them to the NorthTexasFTC Google Group. END_OF_DOCUMENT_TOKEN_TO_BE_REPLACED

I hope your school year is starting off very well.  This message will give you an overview of the plan for the FIRST Tech Challenge season in North Texas including the structure, a few dates, and some future year plans as well.

As most of you know, US FIRST is moving the FTC competition structure from the previous format of qualifier competitions only to a format of league play.  We had hoped to start large-scale implementation of leagues this season.  However, there is a state-level effort in Texas that is expected to have a big impact on teams and participation in FTC starting this year and this effort has changed our planning regarding league implementation.

END_OF_DOCUMENT_TOKEN_TO_BE_REPLACED

Apply for a FIRST in Texas grant by Sep 15 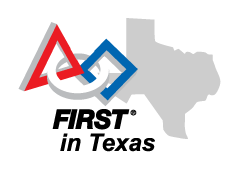 Are you looking for funding for your team?  If you have a FIRST team in Texas, you should definitely apply for a grant from FIRST in Texas.

FIRST in Texas is a foundation that channels grant funding from organizations to FIRST teams in Texas.  The grants can often be in the hundreds or even thousands of dollars.  The application process is quite simple — it’s an online form.  Teams in all FIRST programs (FRC, FTC, FLL, and JrFLL) should apply.

Apply by September 15 to be included in the first round of evaluations.

On this page we keep links and references to various North Texas FIRST Tech Challenge competition resources, to make them easy for us and others to locate quickly later.  Where possible we try to link directly to official pages and notifications; but we’re definitely not the official source for any of this.  If in doubt — double check the official sources!

Feel free to suggest additional links or resources that should appear here, or to let us know of errors or things that shouldn’t be here.

Join the NorthTexasFTC Google Group to receive announcements of upcoming events and to network with other coaches and teams!

The FTC hardware, tools, and tips page contains suggestions for things to have beyond the basic FTC robotics kits.

Event results (via the Orange Alliance):